Wolf A Story of Hate

Memoir of a Jewish slave imprisoned in corporate-owned labor camps during WWll. 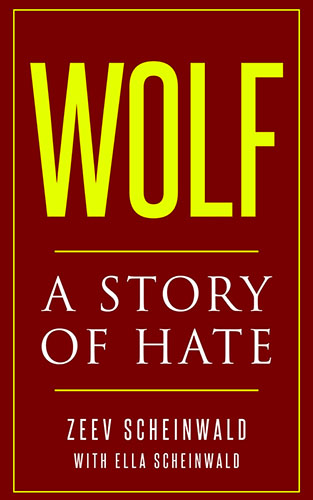 This is the true story of a young Jewish man imprisoned in corporate-owned labor camps during WWll. His name is Wolf. He was caught up in the most vicious and disgraceful mass slaughter of people in history.

His experiences during the Holocaust are relevant today, resonating with decent human beings who are concerned about morally corrupt leaders and their admiring masses, which, together with self-serving corporations, can orchestrate tragedies against their own populations.

Imagine Wolf’s story was your story. The story of your child, parent, friend, loved one. How would you cope knowing you are hostage to a government and manufacturing firms rallying to destroy you?
Millions fell victim to political extremism and corporate greed and indifference. Alliances between political fanaticism and financial interests can quickly plunge societies into an abyss of exploitation and genocide. These alliances, if left unchecked, can once again create well-oiled machines of human destruction, where governments, corporations, and followers choose hate over kindness, murder over empathy, torture over love.

This is where hate led humanity, and where it can take us again if we are not vigilant.

First they came for the socialists, and I did not speak out—because I was not a socialist.

Then they came for the Jews, and I did not speak out—because I was not a Jew.

Then they came for me—and there was no one left to speak for me.